A family man, a visionary and an entrepreneur, Charles Parry-Okeden is the first media owner to enter the Media Federation of Australia’s Hall of Fame.

Charles Parry-Okeden is this year’s Media Federation of Australia Hall of Fame entrant. The first to come from a media-owner background. The outdoor industry veteran is widely-regarded as one of the great innovators in the outdoor advertising space, but it’s his work setting up Media i that sealed his ticket. MFA chairman and Omnicom Media Group chief executive Peter Horgan has known Parry-Okeden for 22 years.

“He's a visionary and an entrepreneur. He took a major bet on launching Executive Channel and being able to sign up all of those office buildings to this new concept. He created a new channel effectively,” Horgan said.

“At the same time he came to the MFA about Media i, creating an asset that would be a benefit to agencies, media owners and help share information and improve the workplace experience of executives.

“The reason he is up here is probably slanted more around innovation and the positive experience of Media i – a landscape changing initiative that has improved the lives of many media executives.”

Horgan says Parry-Okeden's many achievements are matched by an uncompromising integrity and care for the industry that sometimes was at odds with some of the unscrupulous practices that plagued the outdoor media industry when he began his career. Parry-Okeden's media career kicked off in the early 90s with a short stint in radio sales before moving to the out of home sector to join transit media company Buspak Advertising Group.

In 1996, he left his hometown Melbourne to take up a national sales director role in Sydney and oversaw a period of unprecedented advertising revenue and profit at the company. In 2004, Buspak merged with Cody Outdoor and Australian Posters to create APN Outdoor, which was then the largest outdoor company in Australia. A couple of years later, Parry-Okeden left the business and partnered with Captive Media founder Craig Cohen to launch a completely new type of outdoor media company that provided a network of screens inside large office tower lobbies and lifts displaying advertising, news and other relevant content. At the time, Executive Channel Network (ECN) was a major innovation for the Australian outdoor industry and was soon exported to the UK and parts of Europe when ECNlive was formed in 2009.

Last year, the Australian arm of ECN, with a network of 280 screens, was sold to Ooh!Media for $68.5 million. The global success of ECN is testament to Parry-Okeden's entrepreneurial spirit and understanding of the outdoor media business. However, his most important and enduring contribution to the media industry was establishing Media i. What began as a trade media channel for media agency professionals, Media i provides industry news, advertiser content and bi-annual industry surveys that are used to benchmark performance and industry perceptions of media agencies and owners. The survey holds up a mirror to the industry exposing how workers feel about their jobs, the workplace and the major issues they face. Media agencies and owners also receive key performance metrics that allows them to track how their businesses compare to their peers and rivals across the market. The Media i commercial model raises money for the MFA, which funds training and development programs and other initiatives.

Parry-Okeden, who goes by the nickname 'Chuck', is known as a family man who doesn't “partake in any sort of mischief”. He joins fellow MFA Hall of Fame inductees including Anne Parsons, Henry Tajer, John Grono, John Steedman and John Sintras.

Charles Parry-Okeden has 25 years experience in advertising media sales. Charles commenced his career in radio before moving to the world of out of home advertising, a sector which became a life-long passion. Charles spent 12 years at Buspak, ultimately holding its most senior sales position, when Buspak recorded unprecedented advertising revenue and profit.

In 2005, the combination of Charles’ entrepreneurial spirit and sales professionalism saw him co-found Executive Channel.

In 2008, Charles established a highly successful B2B business model with the launch of Media i. As one of the digital out of home pioneers in Australia, Charles is well credentialed to deliver a clear vision for what the industry requires for its continued success. 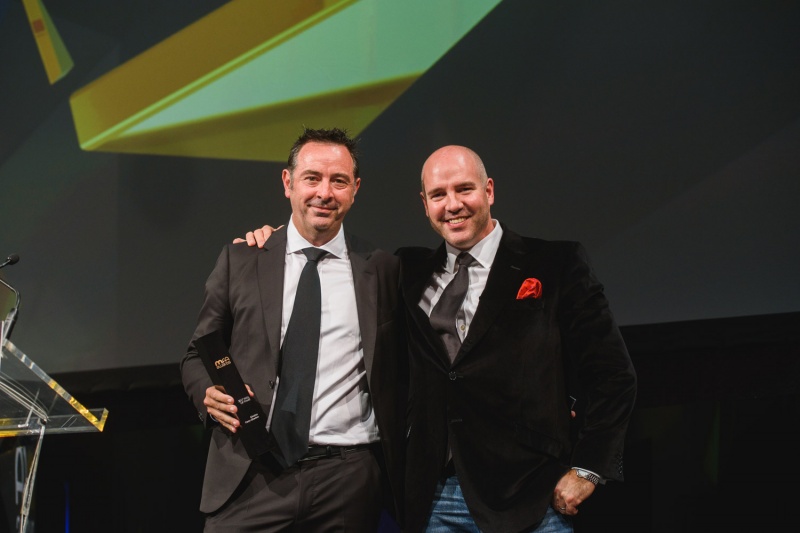