The 2019 MFA Hall of Fame recipient, Anthony Fitzgerald – or Fitzy as he is better known – needs no introduction. In a career spanning 35 years, Fitzy is widely known as a straight shooter, an innovator and leader of change.

He first rose to prominence during his 18-year stint at the Seven Network, where he progressed through the company from a sales cadet to Network Director of Sales, before moving to Multi Channel Network for another 15 years. At MCN, Fitzy grew the business from a $50million television advertising sales company to a $1.2billion multimedia, sales, data, and systems/IT company.

Throughout his career, Fitzy has been a committed champion for the industry, becoming involved in a number of initiatives, including being one of the driving forces behind the formation of television research, marketing and industry body ThinkTV.

PHD Australia CEO Mark Coad describes Fitzy as one of the industry’s pioneers. “At a time of fundamental shift in the TV landscape in this market, Fitzy sought new ways to trade and execute TV advertising. He went on to build and lead a world-class TV trading system, which in its time was the envy of the industry. Above all that, he is universally recognised as one of the industry’s good guys. Admired, fair, firm, decisive and effective. But above all else – widely respected. Congrats Fitzy, there is no more worthy recipient.”

WPP AUNZ Executive Chairman John “Steady” Steadman, a former recipient of the MFA Hall of Fame, agrees that Fitzy is “a good guy all around”.

“I first met Fitzy when I was Media Director of JWT and he was a sales rep for TVW7 Perth out of Melbourne,” Steady says. “He was always a tough negotiator who never showed his cards. It was very hard to see what he was thinking, but he always played fair and, importantly, he always delivered what he promised for our clients.”

For Kurt Burnette, Chief Revenue Officer at Seven West Media, working with Fitzy influenced the outcome of his own career. “Fitzy was an influential person for me who came in at the very early years of my career,” Burnette says.

“As his Sales Assistant, Fitzy taught me the all the TV ropes as they were back then, as well as how to have fun on the way. More importantly, he helped instil the tenacity, leadership skills and the absolute belief in what you are doing as a necessary ingredient if you are to have success and longevity in this game.

“He was a great mentor to work with and a formidable competitor to compete with – while also being a great collaborator to work with on creating good for the industry. A terrific executive, leader and person I’m proud to call a friend. This is a well-deserved recognition of his contribution to the industry.”

“In a sector facing significant and relentless challenges, Anthony has always been at the forefront of driving transformative and revolutionary change with successful, world-leading innovations through technology, data and insights to name just a few,” she says. “An inspirational and collaborative leader, the HOF Award is great recognition of his countless achievements and contributions to the Australian media industry. Congratulations, Anthony!” 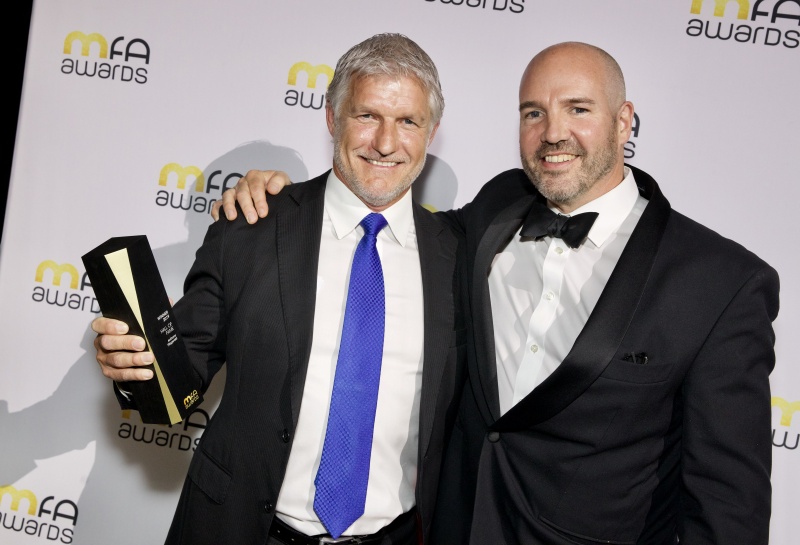